The Green Economy – Bankable or an Illusion? From films to documentaries, newspapers to books, and virtually every other form of information, we are constantly bombarded with the ‘green’ message. This saturated coverage has grown in pace with the ‘green economy’ of products and services claiming to be good for the environment. Should you take a loan from a moneylender in Singapore to be a part of it?

A December 2020 study valued the global green industry at US$4.3 trillion (SG$5.77 trillion), spread between around 3,000 listed companies. The majority of those companies are involved in 7 sectors:

In July 2020, the European Union committed 500 billion euros (SG$801 billion) to a range of green initiatives, including the development of electric cars, renewable energy, and agriculture. At home, the Monetary Authority of Singapore (MAS) announced a US$2 billion (SG$2.7 billion) green investments programme (GIP) in November 2019.

Investor sentiment is closely tied to official national and regional policy. Such strong governmental support internationally, backed up by federal investment will undoubtedly encourage investment from the public, too. In that sense, investing in green industries seems like a no-brainer.

Major policies aside, the green factor is prevalent in everyday life, too.

In Singapore, City Square Mall on Kitchener Road gained widespread publicity – and consumer foot traffic – by touting its green credentials. That approach has quickly been adopted by other shopping centres and individual businesses that want a piece of the green pie as well.

Consider a situation where someone looking for an authorised money lender in Singapore narrows down their choices to two companies. Both offer the same interest rates and terms but one has a ‘green certified’ stamp on their webpage. With all other things being equal, that one difference could be the deciding factor for a potential borrower.

The average person will prefer the ‘greener’ option because it makes them feel like they are doing something positive without any effort. This feel-good aspect is a seldom recognised but immensely powerful reason behind the strength of the green movement.

You cannot blame businesses for jumping on the green bandwagon; it is almost like a magic pill that gives them a leg up against the competition.

Most people would understand those limitations for a random service provider. However, the problem runs much deeper than that – it infects the green industry itself.

That chasm between image and reality was thrust into the spotlight by the 2019 environmental documentary Planet of the Humans. Produced by famed documentary maker Michael Moore, it revealed that much of the energy and resources needed to produce and generate so-called green energy is just as destructive to the planet.

Worse, virtually all energy termed ‘green’ or ‘clean’ is actually powered in part by fossil fuels.

As was to be expected, there was a swift and severe backlash from the green sector. They attempted to paint the facts as being selective and partisan. For most members of the public, though, it was the first real insight into an industry that has received fawning coverage and a free pass from the media and politicians for decades.

We can attribute the success of the green economy partly to excellent marketing and our desire to save the planet. Those factors have combined to create an almost infallible image of an industry ripe for investment.

While it seems like full steam ahead for the industry, we may just be experiencing the calm before the storm. The emerging dissonance between the green industry’s carefully crafted image and the facts now being revealed should give you pause before you invest.

If you do decide to invest in the green sector, our advice is to take sufficient precautions before you apply for a loan from a moneylender in Singapore. Only put in as much money as you can afford to lose.

Soon Seng is the best licensed money lender for financial advice. Talk to us today to see how we can help you transform your loan into a stable investment portfolio. Hot tips on how to pay off multiple payday loans List of top money lenders in Chinatown: Finding the best one for your needs 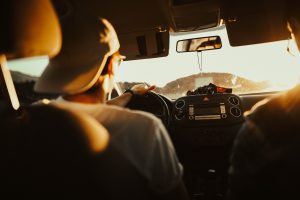 Grab loan: Why every Grab driver needs one

Featured Read of the week Lowest interest rate personal loan Singapore: How can you make use of it?

Many people face cash flow problems from time to time, and this may result in

Hot tips on how to pay off multiple payday loans

From housing to medical bills to everyday expenses, the cost of living in Singapore is

List of top money lenders in Chinatown: Finding the best one for your needs